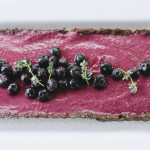 The Alternatives…What are they and why?

With so many alternative sugars now available, picking the right one can be perplexing! Just remember- most plant-derived sugars including raw, rapadura, honey and agave all contain a mixture of fructose and glucose and are essentially broken down into the same compounds. The main difference lies in what plant the sugar has been derived from and how it has been processed. Here’s our simple guide to what’s what in the world of sugar!

Agave Syrup – Made from the sap of Agave or Maguey plants. The syrup is obtained by pressing from the core (the pina) & the resulting juice is then selected to become dark Agave Syrup or filtered to create a light Agave Syrup. The unfiltered liquid contains some trace minerals & retains a natural flavour with a hint of vanilla like aroma. The syrup is approximately 1.5 times sweeter than refined sugar & may be used in any recipe calling for a sweet syrup.

Barley Malt/Syrup – Produced from sprouted barley grain. The sprouts are then dried & cooked slowly so that they form a sweet syrup. It is dark brown, thick and sticky, with a strong distinctive flavour similar to malty molasses. It is about 50% as sweet as white sugar. This natural sweetener can be used easily in cooking and baking.

Beet Sugar – The Sugar Beet is a type of Root Vegetable. “Beet Sugar” is derived via a refining process which dries (crystallises) extracts from the Sugar Beet Juice & is the source of 40% of the world’s table sugar production. It contains 99% pure sucrose & is a suitable substitute for cane sugar in all recipes.

Demerara Sugar – is made by pressing sugar cane and steaming the juice to form thick cane syrup. The syrup is then dehydrated, leaving behind large golden brown crystals of sugar. This sugar has a rich, creamy, molasses-like flavour which can sweeten hot drinks and enhance baked goods e.g. cakes, biscuits & crumbles. It retains much of the trace mineral & vitamin content found in sugarcane juice.

Fructose – The most common type of sugar found in natural fruit, honey & some vegetables. This product may also be derived from corn, which is presented as a white crystalline sugar or a liquid form, known as High Fructose Corn Syrup.

Honey– The mix of sugars that bees produce from plant nectar. Honey is approximately 20% water, 40% fructose, 30% glucose and 1% sucrose. The remainder is a mixture of other sugars & minute traces of naturally present acids, vitamins, minerals & enzymes. The flavour of honey depends on the source e.g. Clover; Tea Tree. It can be used as a condiment and in baking as it gives cakes & biscuits a light moist taste.

Juice Concentrates – Juice is extracted from fresh fruit by pressing, then thickened by evaporating under vacuum. A useful substitute for sucrose in baking, or may be mixed with water to make a pleasant fruit based drink. Juice concentrates can also be used in smoothies, on top of porridge, in chutneys & some savoury dishes such as curries & dhal.

Maple Syrup – Is the mixture of sugars formed when the sap of sugar maple trees is boiled or pressed down to a thick, sweet, earthy tasting syrup. With a GI of 54, this syrup contains about 33% water & 60% sucrose. The remainder is a mixture of glucose, other plant sugars & minute traces of naturally present acids, minerals & some B vitamins. This delicious syrup can add that something extra to sweet & even savoury dishes.

Muscovado – Is very similar to brown sugar, except it is made differently. Instead of being white sugar to which molasses is added, it is sugar boiled down from sugar cane juice, purified but then not refined any further. Muscovado has a great almost-toffee like taste, making it a delicious flavour for many desserts.

Palm Sugar – Originally made from the sweet watery sap that drips from the cut flower buds of the Palmyra or the Date Palm. Now it may also be made from the sap of the Sago & Coconut Palms and produces a sugar which is a golden brown paste & may be soft & “gooey” or hard.

Rapadura Sugar – Unlike other sugar, Rapadura sugar is never separated from its molasses content and therefore retains greater nutrients from the sugar cane source. Rapadura is the whole, unrefined evaporated sugar cane juice & is processed naturally free from any harmful chemicals. It can be easily used in cooking & baking, as it captures the sweet essence of sugar cane but is a healthier alternative.

Rice Malt/Syrup – Less sweet and lighter than honey, rice malt syrup is produced by germinating rice in water until it breaks down into a beautifully sweet sticky syrup. With a slightly nutty flavour, it is excellent in salad dressings, dips, vegetable dishes, as well as an alternative to sugar in sweet recipes. It also make a handy vegan substitute for honey!

Stevia – A herb widely grown for its sweet leaves, Stevia’s sweet taste has a slower onset and longer duration than that of sugar, although some extracts may have a bitter or liquorice-like aftertaste at high concentrations. It has up to 300 times the sweetness of white sugar but has only a negligible effect on blood sugar. Suitable to substitute in cooking in either powder or liquid, with adjustments to recipes as less bulk is used. Stevia is easily used as a sugar replacement in many liquid sweet desserts.

Sucanat – Is essentially pure dried sugar cane juice, retaining the molasses content. Mechanically extracted, heated & cooled, at which stage the small brown grainy crystals are formed. Sucanat is a great substitute for brown sugar, but has a coarse texture, rather than ebing truly crystalline. It contains less sucrose than common white sugar.

Xylitol – is a white crystalline substance that looks & tastes like sugar. It can be substituted in cooking with an adjustment to recipes to allow for lesser bulk; approximately ½ cup Xylitol = 1 cup sugar. Xylitol occurs naturally in vegetables, fruits & hardwoods & is most commonly extracted from plants such as corn cobs & birch trees. Health wise, Xylitol is used as the sweetener in many toothpastes & chewing gums because it does not contribute to the formation of detrimental bacteria. Xylitol is versatile and can used in any sweet or savoury dish, & as a sugar substitute in hot drinks. There is some cause for concern at present with the processing of Xylitol, so if you are after a low-processed product, may be this is not your best choice.