Read about Save A Cow Foundation!

Sparkles, the blonde three month old Charbray calf, was the initial
inspiration for the Save A Cow Foundation. In 2010, I bought a van and some music equipment, ready to travel around Australia promoting animal rights and veganism through my music. I happened to have a conversation with the ‘owner’ of Sparkles and was told that Sparkles was about to be sold off to the saleyards, meaning she would either be bought directly by a slaughterhouse or by a breeder who would kidnap and sell her calves off her and then send Sparkles to the slaughterhouse when she was no longer profitable to breed from. I realised that I now faced a crossroad in life. I could continue with my plan of promoting animal rights and veganism through music, or sell the van to raise the money to save and care for Sparkles and transform my vision of saving cows on a large scale into reality. I chose to save Sparkles and the Save A Cow Foundation was born. Since then, I’ve provided homes for over 150 individual cows on the Save A Cow sanctuaries situated on the Sunshine Coast.

The new personalities in my life now include Grace, the red Brahmin calf who was paralysed from the neck down after being mustered into a fence by a cow farmer who was going to shoot Grace as she no longer served any purpose for him. Grace was dragged on a mattress into the back of a horse float and we spent six months rehabilitating and providing intensive care for her while she regained the use of her body. This required rolling Grace every few hours on a mattress, feeding and watering her by hand and administering daily physiotherapy. Grace had such a will to live and showed such grace in her 6 month ordeal that she was named as such and now she is a fit, healthy and beloved member of Save A Cow. Buffy, the blonde Brahmin calf was named “Buffy the tick slayer” as she was also paralysed and near to death from a paralysis tick when we saved her and intensively nursed her back to health, including having to administer water intravenously into Buffy’s neck for ten days until she regained use of her mouth and tongue.

The Save A Cow sanctuaries include Summer Farm and other larger sanctuaries throughout the hinterland. My days are spent managing the cows, feeding them, purchasing hay and other requirements. This includes removing large numbers of cattle ticks, nursing anyone who is sick, repairing and managing includes building a community of like-minded people who wish to support my work. People who believe and feel that cows are more than just their flesh, or their skin or what humans can steal from them or exploit them for.

I am often asked, “Why save cows”? The basic answer is “Why not, as they are just as important as anyone else”. To articulate this, an important part of the answer is that each cow is an amazing individual and has a distinct personality of their own, just like humans do. Also, the complex social relationships in the cow societies that have been enabled at the larger sanctuaries demonstrates that cows are very similar to humans without the violence of humans, so in fact we humans should see cows as teachers of how to live together peacefully. It is my hope to progress humans from their current mainstream speciesism. We are dedicated to making Save A Cow a success and part of this is to inspire humans to realize that cows have intrinsic value and worth and must be respected as such.

If you would lIke to support the life saving work of this charity you can make donations through the save a cow website: www.saveacow.com.au where you can also find other information such as how to sponsor cows and attend save a cow open days. 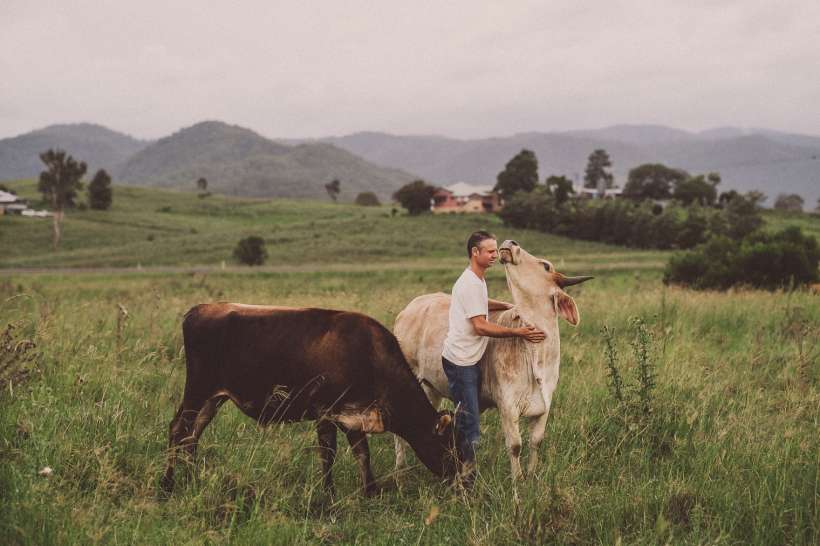