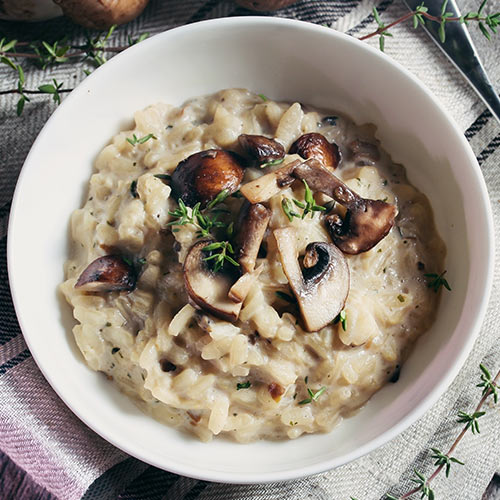 Picture this: curling up on the couch with a warm bowl of creamy, delicious mushroom risotto. In heaven, yet? We’ve added some leeks as well, just for a hint of sweetness. Now we’re talking! Nothing beats comfort food during winter and nothing says comfort like risotto. While risotto may seem difficult, it really is just a matter of gentle stirring until the rice has absorbed the broth – a task that’s comforting in itself. Add some vegan cheese on top for the ultimate savoury hit.