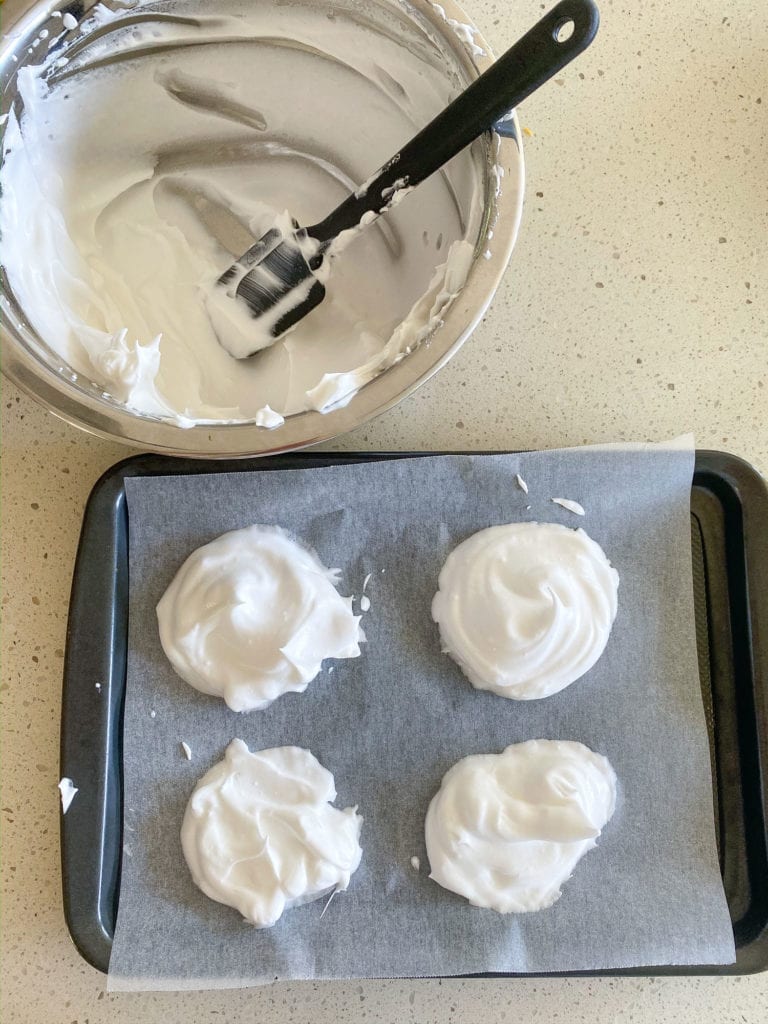 What’s an Aussie Christmas without pavlova?

But what can we serve those with egg allergies or that are vegan? Would you believe us if we said, chickpea water?? That’s right, the leftover liquid in a can of chickpeas is actually very similar to egg whites and works the same if you know how to treat them right. Adding ACV at the beginning of the process helps break down the proteins in the aquafaba and significantly reduces the time whipping. Remember, this recipe is a labour of love.

In our experimenting for this recipe, we desperately tried to make this a little less sugary and attempted to use xylitol, but they ended up more like gum than pavlova. The best part of pavlova is the sweetness so we opted for our certified organic raw sugar instead. We suggest using a mortar & pestle, or a resealable bag and using a mallet to help create finer grains of sugar – this will make the dissolving process easier later. Although the classic Caster Sugar will continue to work the best.

Enjoy getting family members involved and creating a pav decorating platter with a variety of summer fruits for them to help themselves! 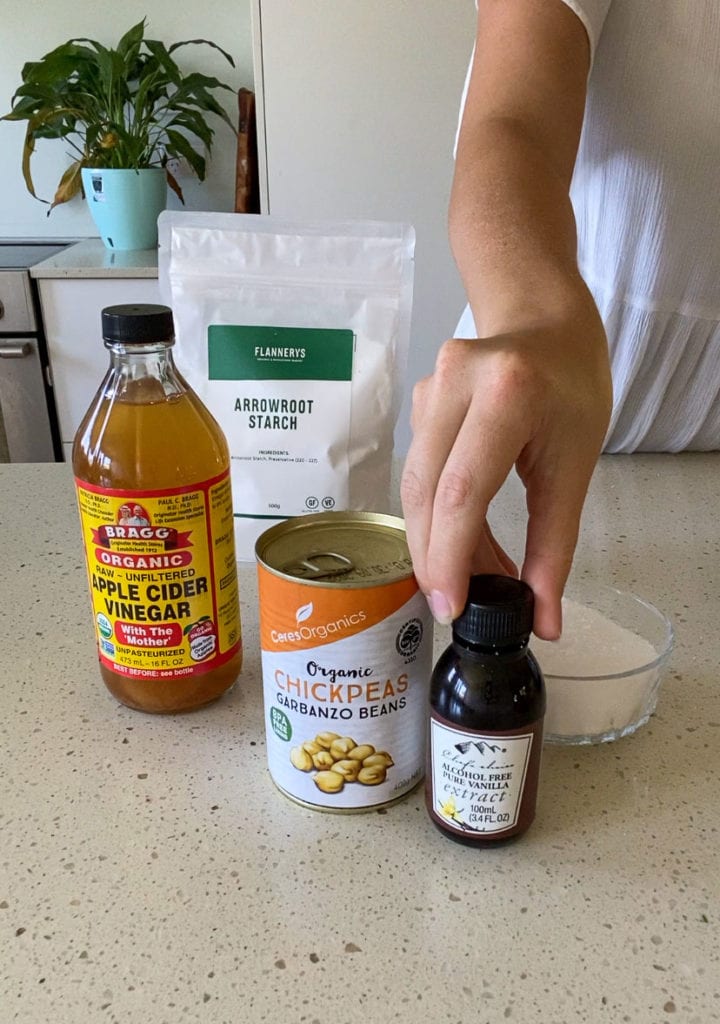