You are here: Home / Eat / Crazy about coconuts 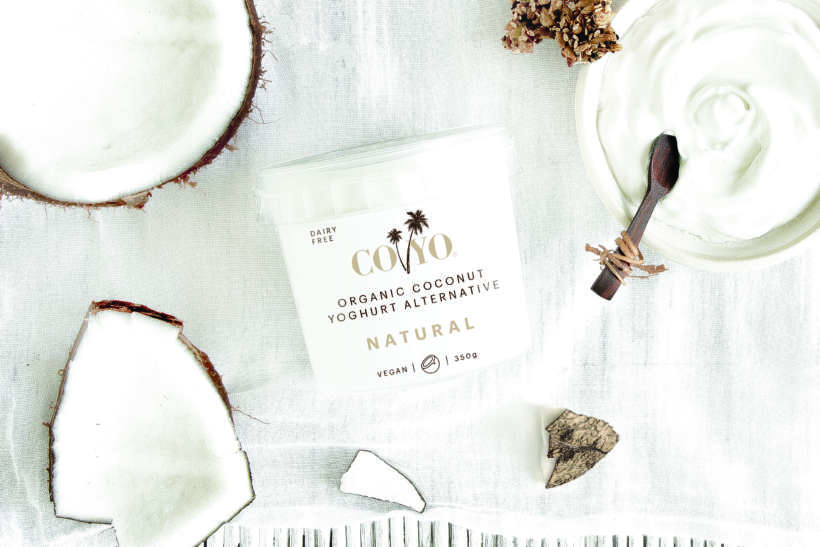 When you hear the word ‘coconut’ your mind instantly escapes to tropical islands, palm trees and white sandy beaches. This was not the case for COYO Founders Henry and Sandra when at three in the morning, ten years ago Henry woke up with an idea…. An idea, that some would say at the time was absurd, not achievable, and silly. Yet, haven’t we heard the start to this story many times before, with founders of companies that go on to achieve the ‘apparently’ un-achievable. Henry and Sandra are no exception to the tale.

“I woke up and thought why don’t we make coconut yoghurt. In my mind it was such a simple concept, one that should not be overly challenging to achieve. Yet, when I began to put the idea out to different contacts, they thought I was out of my mind” Henry says.

“I went on to test and trial countless, endless amounts of coconut yoghurt. Wanting to get the perfect batch with the right culture and coconut milk so that the faultless balance of flavour and consistency was achieved. This process took a lot of time, more than I could have imagined.

“Sandra would get so sick of all the brewing pots on the kitchen bench, yet I was determined to make the idea come to fruition.”

Meanwhile it was Sandra who held concern that the concept was not going to work, yet she stayed strong and stood by Henry with plenty of support for his idea.

“I said to Henry that he needed to go back to his first recipe. It was the best. We then took a sample into Kunara almost 10 years ago and sat down with Gracie and Andrew for them to have the first taste of coconut yoghurt. We were so nervous at the time” Sandra says.

“Gracie and Andrew tasted it, paused and then looked up at us and said “if you can produce enough of this, we will stock it at Kunara and we have no doubt, over time, so will the rest of Australia.” That moment to us was the true beginning of COYO.”

COYO is now stocked Australia wide and of course Kunara’s fridge department is still bustling with Coyo products. They have transitioned into being certified organic and their range of dairy free products now includes ice cream and dips, and of course the multi award winning coconut yoghurt that started the craze!

As a successful, innovative and popular Australian product, COYO’s grass roots are still firmly grounded on the Sunshine Coast in Yandina.

“We are a very family run business with our son and daughter working in the company, along with an incredible team of staff who make COYO what it is” Sandra says.

“I remember in the earlier days of COYO, we would have the pick-up truck come loudly down our driveway at some ghostly hour of the morning and we would all throw on our rain jackets and gum boots to go and load it up with COYO products.”

Ethics run deep in the COYO business with the family priding themselves on sourcing sustainable and fair trade ingredients.

“We visit the coconut plantations and ensure that everything is practiced ethically and sustainably,” Henry says.

“A lot of our suppliers have become family to us and we support them whole heartedly. An initiative that one of the companies has, is they continue to pay a small amount to their retired workers to help them in their later life. This is the sort of practice we stand by in business.”

With success comes great responsibility. This quote is being held to heart with Sandra and Henry as they continue to search for and be advocates in environmental issues, sustainability and ethical practices.

As they have led the way in the coconut yoghurt world, we say… ‘Watch this space,’ there is bound to be plenty more to come from this incredible innovative company.

Our top five ways to use Coyo’s natural yoghurt:

▶ Use it the same you would Greek Style Yoghurt

▶ Add it on top of your home-made nachos

▶ Make it into a dip with some organic sweet chilli sauce

▶ Put it in your winter pumpkin soup