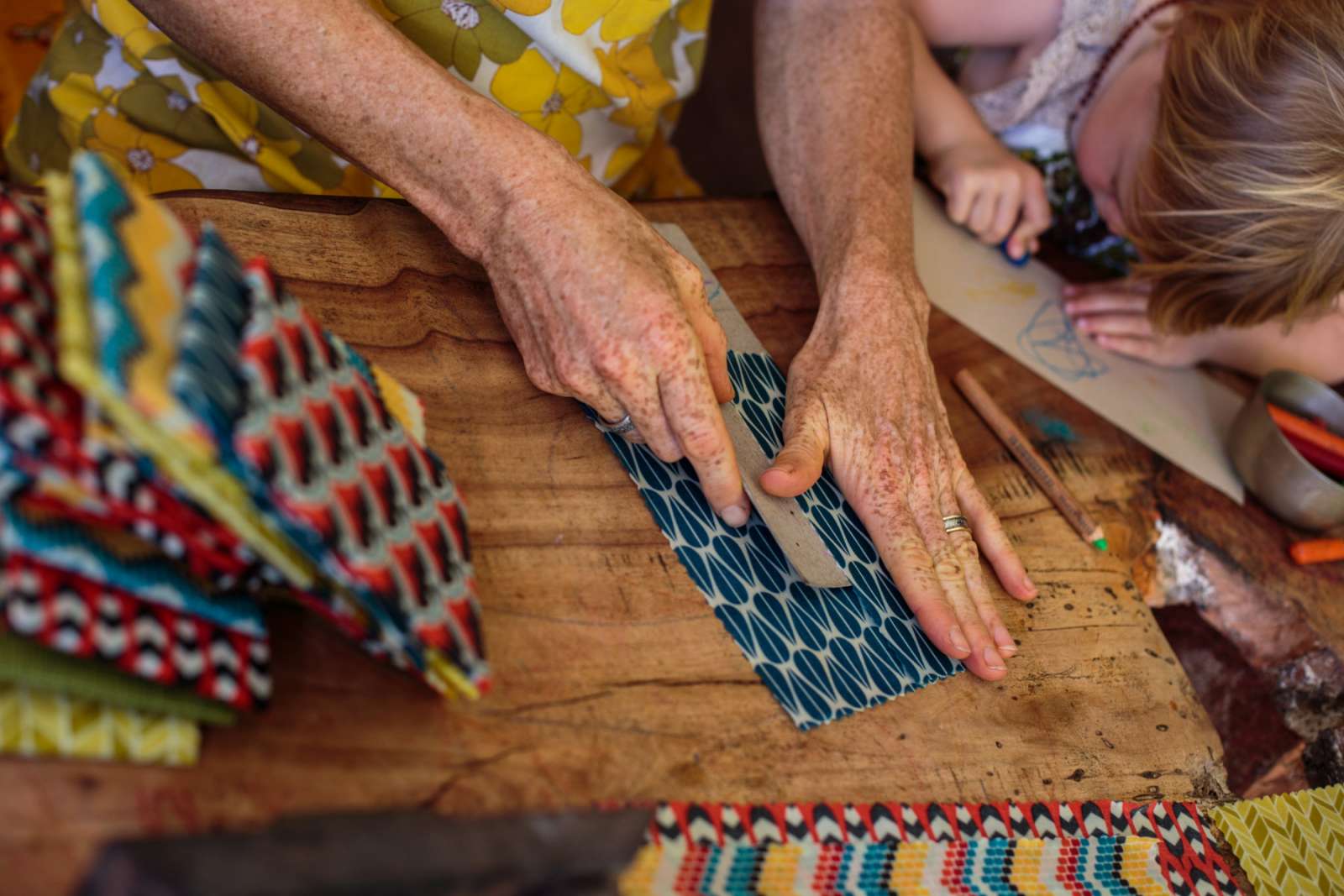 Whilst our use of plastic is often employed with blissful ignorance, the ramifications of our collective actions are significant. It is now estimated that Australians discard almost four billion plastic bags each year. This equates to a national usage of 10 million new plastic bags daily. Each hour, we dump approximately 429,000 plastic bags into landfill, which is an astonishing rate of 7,150 tonnes of plastic bags every minute.

Faced with such staggering statistics, local couple Matt and Geri from ‘Bee Eco Wraps’ choose to make a positive difference. Their 100% biodegradable and compostable wraps offer an eco-friendly, alternative to using plastic.

Furthermore, their integrated approach to sustainability in business and life. The creative seeds that inspired Bee Eco Wraps were sown 10 years ago when Matt and Geri transitioned to a completely sustainable lifestyle. Geri explains that having children was the catalyst to taking the next step in sustainable living. “I’d always cared for the environment.” Geri reminisces. “What really made it an utmost priority to me though was having children and wanting to leave a beautiful world for them.”

Set on 50 acres of pristine land nestled amongst State Rainforest in the Noosa Hinterland, Matt and Geri now live in a self-sufficient haven with their four children- Soma, Mirrah, Arjuna and Archi. Their home is completely solar powered off the grid. The family live harmoniously with their surroundings and utilise permaculture and biodynamic practices to grow organic produce. Matt’s face lights up as he talks about spending time outdoors with his children. ‘They’ve grown up living with the principle that they can use and share the energy and resources of the land around them,’’he tells us. Perhaps most miraculously, this family of six produce virtually zero waste. Due to their remote location, they do not receive a garbage disposal service and are subsequently responsible for all rubbish that they generate. “When you’re disposing on your own property, it’s different,” Matt and Geri shared with us. Whilst modern consumers are largely unaware about where their discarded remnants go once the bin is emptied, these guys have the evidence at their fingertips… literally. With the consequences of waste to personally deal with, Matt and Geri determined to stop using plastic.

Drawing on ancient storage methods, they developed a biodegradable alternative to using plastic in their home. Historically, many cultures sealed jars with wax and Australian Outback Drovers traditionally used oiled cloths to protect their food. Geri’s says “what we’re talking about doing here is not just part of a Green Revolution… It’s a Renaissance. People have been working with nature this way for eons.” It seems that we’re just learning to do what society has unlearnt and forgotten.

After creating these wraps for years at home, Matt and Geri wanted to act locally to make a positive difference. They use their talents to create all Bee Eco Wraps by hand. It starts with Geri, a passionate seamstress who has always had a flair for organic, vintage fabrics and sews clothing for the entire family.

Geri’s creative eye sources bright, GOTS certified organic vintage fabrics. The fabric is cut with love and precision – even Soma at 18 months of age is adept with the scissors!

Matt heats his beeswax mixture, the fabric cloths are then air dried and cured in a process that can take several days before being hand folded and packaged. Just like days of old, this involves the entire family. Matt and Geri emphasise the importance as a family to understand ‘energy embodiment’ – the exchange of energy from land to human resource. These children are growing up with the knowledge that we are part of one big ecosystem – not just taking from it.

The beeswax for Bee Eco Wraps is sourced locally from a third generation apiarist who is more like family than business friend. They delight in receiving this raw product and love working with its soothing properties. “There’s something so delicious about beeswax,” Geri smiles. “It’s almost as if we innately know it’s a good thing for us.”

Within the first early weeks of sharing their product with the wider community, Matt and Geri are overwhelmed with how positive the initial response has been. “We think the true success here is that people are so willing to embrace sustainable alternatives,” Matt explains. He further affirms that it’s important to not get bogged down in how impossible environmental problems may seem and to focus on the good we can do within our circle of influence. “Think globally, act locally” he reminds us. 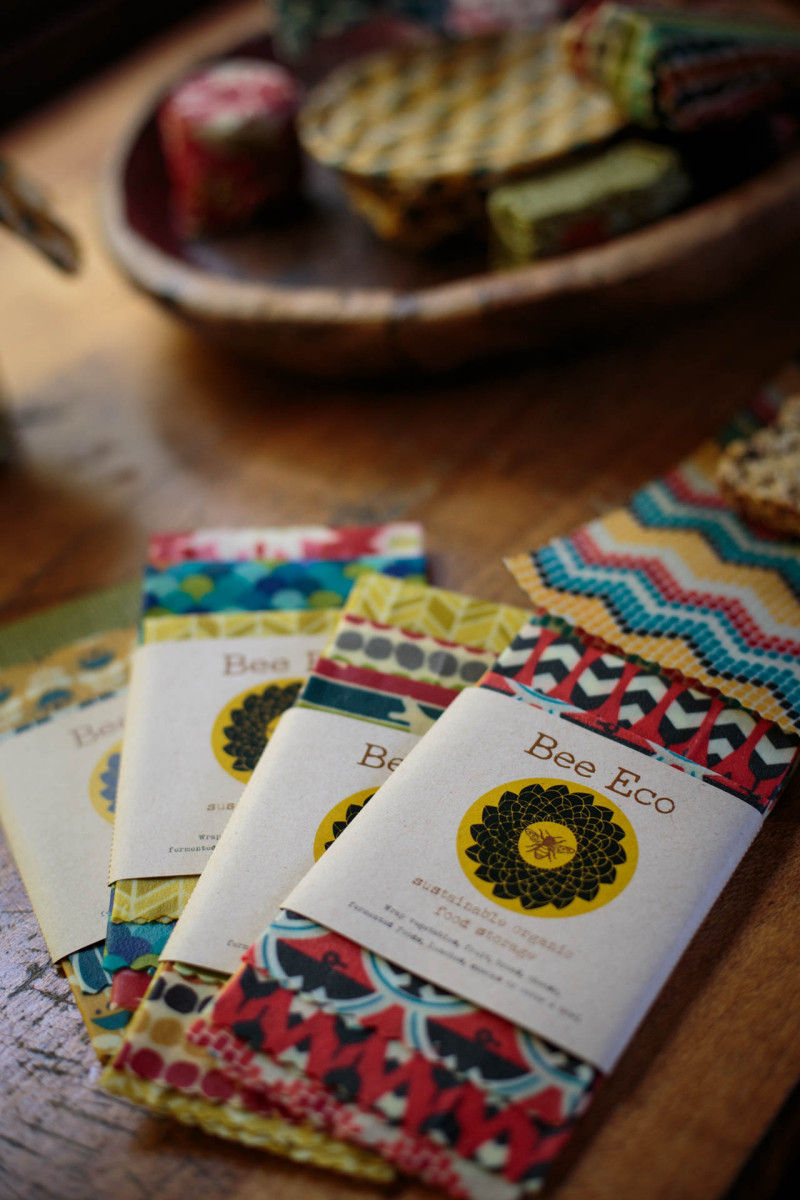 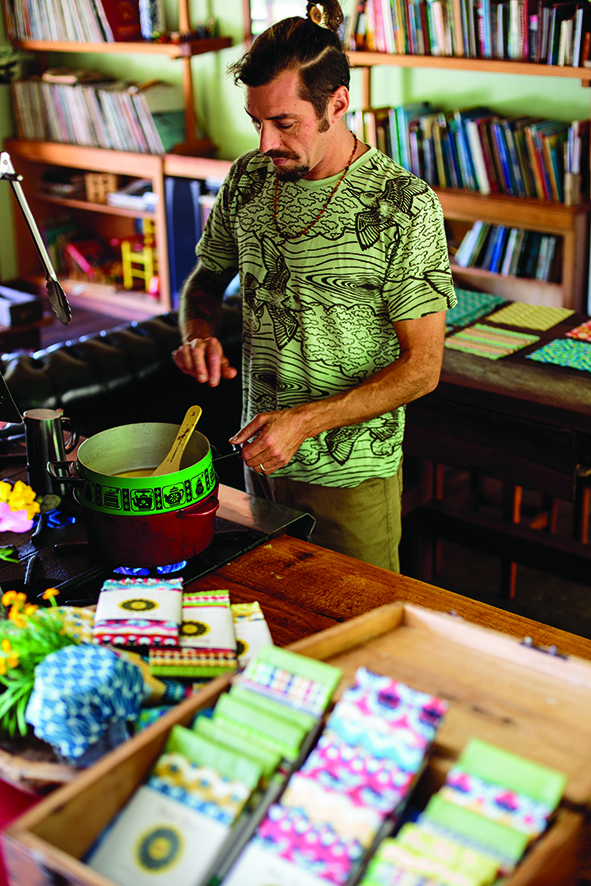 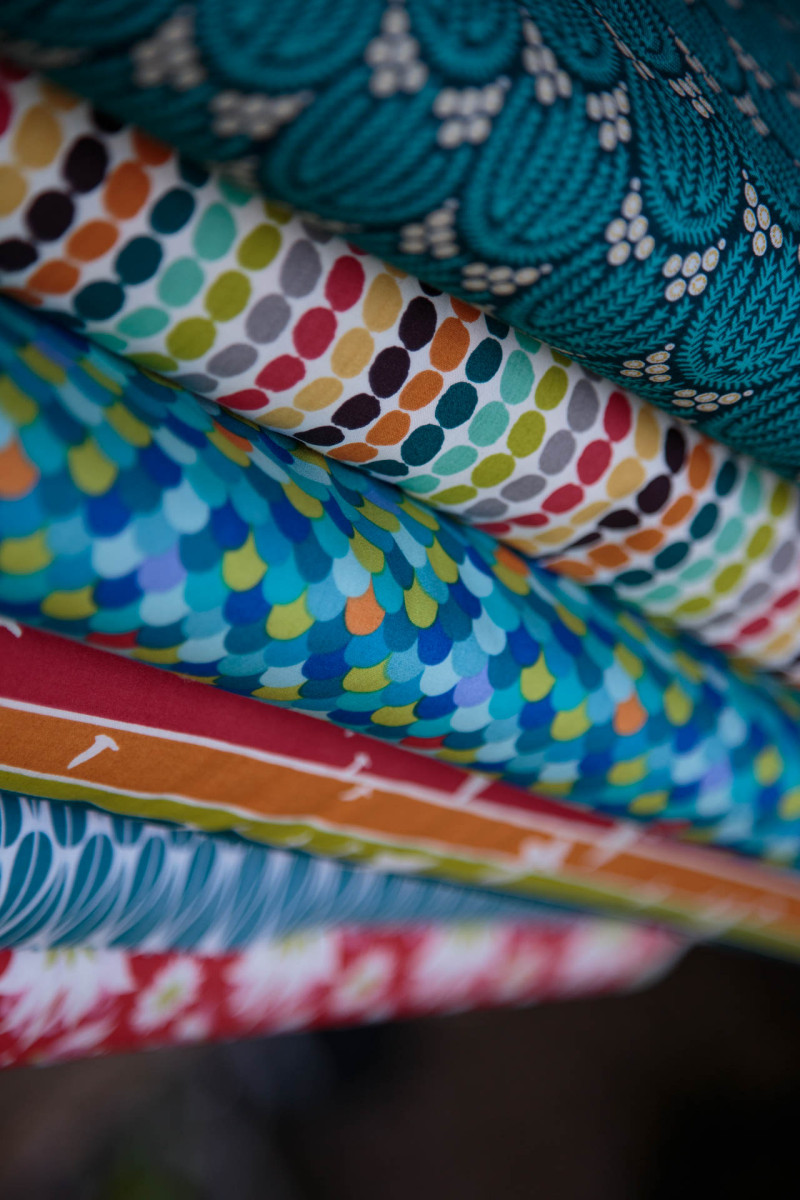